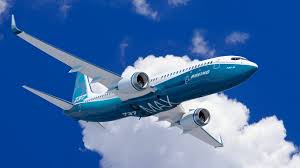 It was a big day at Boeing SC recently when they held a grand opening of their newest production facility at their North Charleston campus. Now, besides producing the popular Dreamliner series, Boeing has gotten back into the design and production of engine parts for their single aisle 737 MAX Series.

After out-sourcing much of this work for the past decade, Boeing has decided to re-enter the manufacturing of 737 MAX fan cowls and engine inlet components at their North Charleston location. Executives stated that the reason that this location was chosen was due to the talent of the local workers as well as the business friendly aspects of being located in South Carolina. Obviously with the success of the Dreamliner production facility, it was a natural fit to complement it with the 737 MAX engine parts manufacturing. The new engine inlet parts will reduce both the noise and the drag of the 737 MAX making it more fuel-efficient.

Jack Jones, the retiring vice-president and general manager of Boeing SC said, “The reason we’re here today is because of the success of the (Dreamliner) team,” Jones said. “We’re not just building three and a half, we’re going to go to seven (a month). … They (Boeing executives) said if we can be that successful for a main facility, we can be successful in smaller-part assembly like what they’re doing here.”

Situated at Palmetto Commerce Park, this 225,000 square foot Propulsion South Carolina plant joins Boeing’s other facilities there. Currently, a Boeing research and development center and a Boeing interior responsibilities center are also located at Palmetto Commerce Park. Additionally, a 256,000 square foot paint facility is being built allowing Boeing to paint the Dreamliner in North Charleston without having to fly the planes to be finished elsewhere. Boeing executives believe that propulsion manufacturing is and continues to be a core competency of the company.

The propulsion facility is expected to employ about 150 mechanics and engineers when it become fully functional later this year. According to a Boeing executive, it will house one of “the aerospace industry’s most advanced automated manufacturing systems.” These are exciting times on the Palmetto Commerce Parkway as Boeing’s footprint becomes larger and larger.

2014 was a banner year for Daniel Island Real Estate and can best be summarized with four important numbers.

7% – increase in average price for island town homes and condominiums vs. 2013!

All indicators point toward continued growth on Daniel Island and last year was our busiest since 2008. Check these numbers a year from now and I can almost guarantee they will only get better. It’s a hectic time again for real estate but it’s a fun time again too!

The numbers show how dynamic the market is and why you need an expert to assist you. Many people don’t know this but every one of the DI sales associate are full-time, professional realtors who sell exclusively on Daniel Island. Feel free to contact me if you have any real estate questions and I will be glad to help! 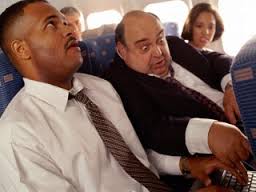 If you have been flying in and out of Charleston over the last 5 years, hopefully the middle seat was not your seat location. However, the results are in and aisle and window seats are at a premium if you happened to be departing or arriving from the Charleston International Airport between 2010-2015.

Recently the Charleston County Aviation Authority announced some numbers that are truly stunning. In 2010, slightly over 2 million passengers passed through the airport. A mere 5 years later, the number of passengers increased to over 3.13 million! That increase is remarkable and a testament to the popularity of Charleston. The reasons for the growth are varied — Boeing, of course plays a big part but the burgeoning tourism industry and the attractive lifestyle of the area also contribute heavily to this travel spurt.

There is no doubt that Charleston is booming and these numbers attest to that fact. Low cost carriers Southwest and Jet Blue also make our town much more accessible and are a large reason why the airport is undergoing its current expansion. To think that over 1 million more people are flying in an out of Charleston versus five years ago is an amazing statistic. Numbers don’t lie; the low country is hot and getting hotter as a destination for both business and pleasure. 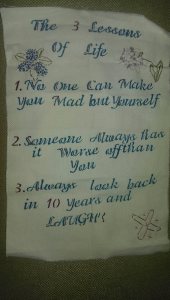 Recently I was rummaging through some cabinets in our house and I came across this gem posted above — The 3 Lessons of Life.

1) Only you can make yourself angry
2) Someone always has it worse than you
3) No matter what, you look back in 10 years and laugh

This piece of handiwork was crafted by the daughter of a dear friend when she was 15 years old.

She had gone through some tough emotional problems and her parents had recently divorced. She was upset and having trouble dealing with her anger. After sharing her feelings with us, Steve and I discussed ways to handle her emotions and we came up with these 3 simple nuggets she could call upon when upset.

About 6 months later, we were delighted to receive this needlepoint from her. How sweet. I had completely forgotten about it until last week and was overjoyed to rediscover it. I thought you might enjoy these life lessons and it was a powerful reminder for me on how to handle upsetting situations.

Our friend’s daughter is now grown and living a wonderful life but this needlepoint from a once troubled teen is still heartwarming and elucidating. It deserves to be framed and not stuck in a drawer so I’m happily adding that task to my “to do” list.